This week was defiantly more of a challenge. I did so well week one and this week just got the better of me. It's no excuse but this week was extremely busy. I tried to eat my 3 meals a day the best I could but it didn't happen everyday. We ate out a lot more this week which also didn't help I tried to eat the best I could while eating out things with mostly vegetables. I did indulge a couple days this week and there was a day where I just about gave up and had a Peanut buster parfait from Dairy queen which would have been a whooping  35sp. I opted to have nothing and fight the urge which I felt really good about later.

I didn't do any exercise this week except for trying to keep up with my steps. I did notice this week that I have felt more tired than I have lately. I have also felt sick after eating certain foods this week.

So this week was a little bit of a crap shoot but I weighed in this morning and was down -1.4 lbs. I'm sure if I had stuck to it more then I would have lost more. This week I will try harder and stick to the plan better and see what the outcome is. 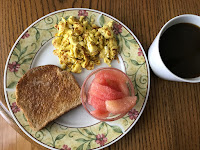 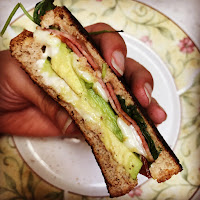 Week 1 Back on WW! I have done weight watchers a few times before and was successful one of those times but only successful by 10lbs and then I was stuck. I have never really lost more than that on the program. So Since January I have gained way to much weight I mean like 50lbs almost and have been really depressed and just not doing very well for for myself and I needed to change things. I still had a WW account as I had resigned up a little while back but wasn't at all successful. So Last Monday I weighed myself joined a competition with some other ladies on Facebook and started tracking again. I tracked every day and ate really well I cut all sugar out of my diet. I don't even have it in my coffee anymore and I used to have 2 in my coffee. I went for a walk everyday to try and get myself moving more and I started eating 3 meals a day plus snacks. I feel really good and my family has even noticed a change in my mood. 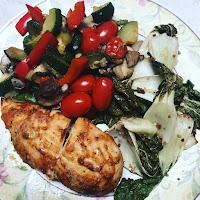 To day was weigh in day for my first week and I am down -4.8lbs !! I was so excited to see that number. I have 102 lbs to goal and that just knocked me down to 97.2 lbs to Goal. I can't wait to finally get to my goal weight. I have been 20lbs from my goal weight before but came up short and gained a bunch back. This time I am going to make it and this time I am going to Do a weekly check in and update on here to keep myself going hopefully.

Today I would say was a great day! When ever L and I plan to do something special on a day such as going to see a movie like today. I try to make it a special day for her. We don't get out all the time as I don't have my license yet (Still working on it). So today we went to see Despicable me 3 Which I knew L would sit and watch at the theatre and be happy to see. We went to the closest theatre here (there are 2 in the city) and we tried out the new reclining seats which I have to say were pretty awesome. I haven't been to the movie theatre in ages as the seats always bother my legs and I get restless. Today was a different story and I was happy about it. I was really happy with how well L did at the movies she sat really well and watched the movie she laughed and was pretty quite which for a kid that never stops talking was pretty good. When we got to the theatre we went straight to the concession stand cause of course we needed to have popcorn. It took forever for the guy at the concession to get the order of the person at the front of the line. It ended up that we were late getting into the movie but the only thing we missed luckily was the previews. The movie it's self was ok but I did almost fall asleep a few times.

After the movie was over L raved about it and how fun it was. She wants to go back and do it again! At the theatre they have an arcade and of course we had to go and play a few games. First I had to figure out how it now worked as they no longer have the tokens and stuff  I was used to. We went and got a swipe card for the games. we played a bunch of games some of them were better than others and some were easier than others for L to play. After that we moved on.

We went shopping next Carters was having a big sale so we went and I got L a new dress and a new pair of shorts cause I'm trying to watch how much I spend these days. We went to a few other stores and didn't buy anything just looked around and window shopped I almost bought a bunch of stuff at one store but then I went and put everything back I was a good girl.

After walking down through all the stores we went to a restaurant and had some dinner. We ordered and then sat and waited for it to come we cuddled a little and then L put her head down on my lap and she was out like a light. Our food ended up coming while she slept on my lap so I had to eat very carefully haha. I ended up having to get the waitress to grab the ketchup off the table for me because it was on the other side of the table and I couldn't reach it. Once I finished my food the service at the restaurant went down hill from there. I didn't see the waitress after that for at least 20 minutes and then L woke up and had to use the washroom so we grabbed our stuff from the table and went to the washroom when we got back to the table they had started to clear our table but had left it. I sat there for a little while longer trying to get someone to help me but no go. So finally the manager came along and asked if I needed anything and I told her I had been waiting for my waitress to come and get me the bill but she hadn't come back so the manager went and got it and got me to pay through her. We could finally leave. I probably could have walked out and no one would be the wiser but I'm not that kind of person I just don't tip well when you ignore me.

So as stated in another post it was L's birthday this weekend and we went away to a local resort that recently opened up. Her birthday happens to be the same day as Canada day so we always try to make it special for her. The last few years we have always done her birthday on her birthday and just done it at lunch so that others could attend but still partake in their evening fireworks and all. I wasn't sure how this year was going to go as I still wanted her birthday to feel like her birthday to her.

L has been counting down to her birthday for over a week and she would always ask me how many more sleeps until my birthday mom and I would show her with my fingers. While away we shared a bed and It was the funniest/cutest thing. L woke up the morning of her birthday looked over at me in bed and said mommy look. She held up her fist showing there were no more sleeps to count and yelled "IT'S MY BIRTHDAY!!!" I have never seen this kid more excited.

I wanted to wait to open presents until my sister was able to watch her considering the whole reason we were staying there was so that she could be there for her birthday. But my little 4 yr old couldn't wait she had to have her presents!! So I ended up recording as she opened them up. As she opened up her first present she started saying "it's you will see" as she tried to get her present out of the box I ended up having to tell her to turn the box upside down to which the baby fell out of the box for her to show us. She was super excited to have her new baby as her old one was mangled and broken.

Her second present from mommy was a Plasma car. She has ridden on one of these at a friends house and the kids had so much fun on them I figured if I could get it for a good price I would get her one which I did. She was super excited when she opened that present and insisted that her Papas build it right away!

I bought a special shirt for L to wear that day as it was Canada day I still wanted her to be noticed for her birthday so she wore a Happy Birthday to me shirt for Old Navy.

It ended up being a rainy day so we drove into the next town and went to Walmart to pick up some board games and supplies. When we got back to the cabin we were staying in my sister had left surprise birthday cupcakes for L. We ate them and sat on the floor of the cabin playing and watching Sing on my laptop. Thankfully the weather got nicer and we were able to go outside and play a bit. We went and had a late dinner at the restaurant and L got a special piece of cake with rose cut strawberries.

That evening we went out to the docks and we went fishing with L's new fishing rod (the rod sucked) we didn't catch anything but we had fun for a bit.

We had a hard time finding fireworks but were able to see some someone was putting off near by we just had to watch them through the trees but it was good enough for us.

L went to bed a very satisfied and tired child!

She said mom that was the BEST birthday EVER!
(Mission accomplished)
What she didn't know was that there was a surprise party for her the very next day!
at July 06, 2017 No comments: