Weight Watchers Week #3 & #4 and what I have learned 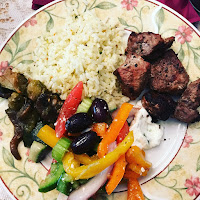 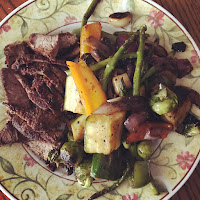 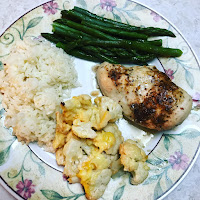 Well I was bad and skipped blogging about WW week #3 it really wasn't totally intentional but I had a lot going on. We went away for the weekend and I had my WW guidelines in my head and I tried to think about the points I was eating and drinking and tried to stay within a certain amount but I also tried to enjoy myself and have a couple drinks and what not. So After our weekend away it was time to weigh in and I was up +2.8lbs It sucked but in the same sense I knew it was coming I knew I was going to be up and therefore I was prepared for it. I was a little disappointed but as i said I had prepared myself to see a higher number on the scale that weigh in.

Yesterday was weigh in day and normally I would try and do my blog that day. Yesterday turned into a very busy day starting in the morning so I ended up running around and doing other things that needed to get done instead. So I had gained weight the week before and knew I wanted to see a lower number yesterday. I was so hopeful I had tried to stay on track as much as possible and had tried to keep my steps up as well and keep moving which I find hard at times especially when I have a lot of work piling up. So Weigh in I stepped on the scale and entered it into my WW app and I was down -4.8lbs YAY!! I totally did a happy dance. I was so happy with myself. I am totally pumped and ready to see what I can do this week.

More about my experience with WW

My first time on the program I tried for a good couple months and my numbers were all over the place and  I got very discouraged. I never lost more than I believe it was 8lbs in that time and I just ended up giving up.

Now looking back at my first try and even my second try on WW I don't think I totally understood the program as much as I do now. I always thought that If I didn't eat all my points and I stayed well below my points that I would loose more weight and I also ate a lot of low point processed foods instead of healthy low point foods because it was easier. This is not the case you have to eat those points they actually tell you on the app that you should be in a certain range of point eating to give you the best results. So lets say I get 37SP a day and 42weeklies my range of eating that is good for me would be to eat 34-44SP a day. Awesome but that also means 34-44Sp in good for you foods not 34-44sp of chocolate or chips or something like that cause that defiantly wont work.

Another thing I have found helpful is I take pictures of most of my meals and post them on my instagram kind of as a food journal. And then this helps as well. But the biggest thing that is really nice is in the WW app there is this thing called Connect and its basically a WW chat instagram meets twitter kind of idea where you see people who are on WW posting their struggles and successes and everyone on there is very helpful and up lifting. I post my weigh ins each week and its amazing the encouragement you get from these people who don't know you at all.
at August 08, 2017